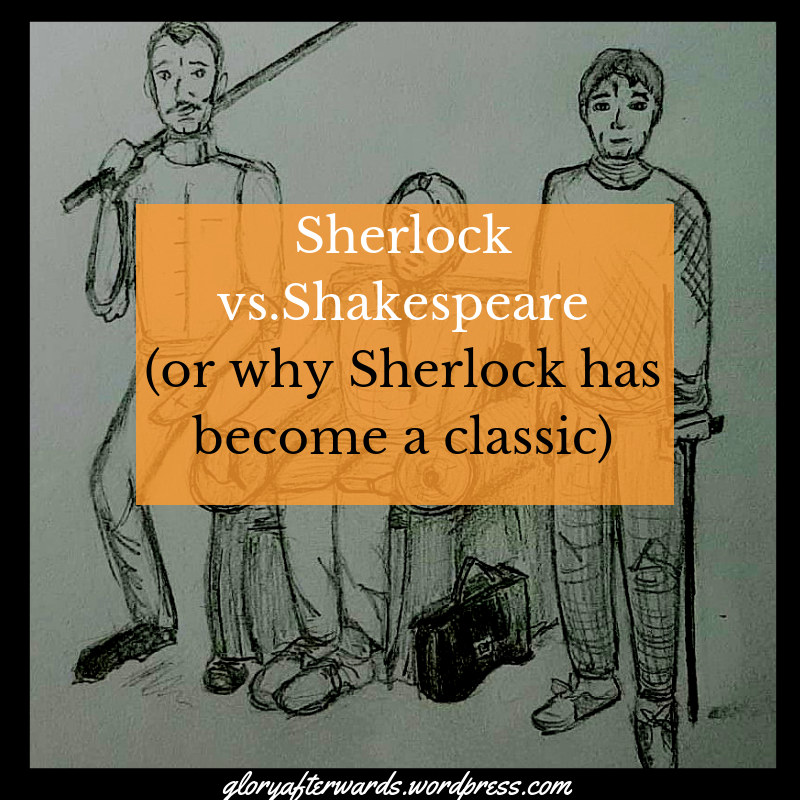 “Here, though the world explode, these two survive.”

Sherlock Holmes vs. Shakespeare: which will last the ages?

If you’re at all familiar with the ‘English speak’ of High school English classes, you’ll know that a common phrase is “enduring appeal”. Shakespeare always has it. It grants the text an ability to transcend time and culture. It means that a story can still entertain an audience and challenge critics hundreds of years after it was first written.

Such is the case with Hamlet, Macbeth, Romeo and Juliet – they were enjoyed, are being enjoyed, and doubtless with continue to be enjoyed in the future.

I’d like to argue that the Sherlock Holmes novels and short stories have this sort of enduring appeal. No other literary character has been so consistently appropriated, updated and represented. The collection of tales reluctantly written by a struggling medical doctor have spawned numerous books, poems, films and screen-plays – not to mention museums, monuments and societies.

The brilliant but eccentric detective and his humble but loyal biographer have permeated their way into popular culture, and demonstrate no sign of leaving anytime soon.

Why? What is it about this cannon of works that has generated such enduring appeal?

Firstly, I think it’s important to note that the strength of Sir Arthur Conan Doyle’s creation lies in his characters rather than his plot. When we recreate and update Shakespeare, it is his plot as well as his characters which we steal.

We take Romeo and Juliet and make Westside Story – we don’t take Romeo and place him on a desert island and have him meet a toddler called Juliet whom he has to care for while fighting off sharks.

On the contrary, when we remake and appropriate Doyle’s tales, it is Sherlock Holmes and John Watson who we take and place in the 21st century or WWII – and if we’re lucky some plot points survive the time travel.

Imitation is the best form of flattery

Sherlock Holmes has enduring appeal because it invites recreation. When Doyle created Sherlock Holmes in the stand alone, short story format, he effectively said, here are two beloved characters, quite untied to their original plot lines, how would you like to appropriate them? And of course, there are an infinite number of ways one could do so.

The best form of flattery is imitation – and so it began in Doyle’s times when Sherlock was extremely popular, and continues today. Appropriating Sherlock Holmes is common because there is a high chance of success – the character is already popular, and the act of transplanting him into another setting is relatively easy.

This of course begs two questions. Why is Sherlock easy to appropriate, and why is he popular?

Understanding the popularity of the duo

Holmes and Watson are the ultimate pair

Sherlock Holmes and John Watson come as a pair. This is, I suspect partly the reason why the series has been so popular. Friendship is not only a universal theme, but it is also a consistently engaging one.

Stories of sexual love seem to reach a climax – sexual union – yet friendship has no such ‘natural’ climatic moment. As such, it can be constantly evolved and recreated. It can experience, in one sense, more variety than the marriage relationship. My marriage may look nothing like that of Romeo and Juliet, and so I cannot identify with their relationship – although of course I may be able to sympathise with their desires for freedom, or for peace.

On a side note, many of us desire different things in a marriage, but in a friendship, almost everyone desires two things: liveliness and loyalty. Holmes and Watson.

Friendship is universal and eternal

This notion of friendship is also the reason Doyle’s tales are so easy to appropriate. When Holmes and Watson are together, there is no need for a large band of characters.

Sherlock is eccentric, and can easily manipulate the plot to outlandish places if need be – but he is also a gentleman and can quite capably hold his own in a drawing room, and it is not unlikely that he should encounter royalty.

John Watson, on the other hand, works with his hands, and so we can follow him easily into the middleclass, and through him encounter the common man. In him we have easy links both to the battlefield and to the operating theatres. He also provides us with – and this is important – everything that Sherlock Holmes is not, and cannot be. He is Holmes’ counterbalance. His spirit when the detective is apathetic, his moral compass when he is high-handed, his normalness to his genius.

If we cannot launch into tirades about roses and the meaning of life, well, Sherlock Holmes can. And when it would be uncharacteristic of Holmes to worry about the risk involved with tackling someone to the ground, well, there is John Watson. In the two of them we have a complete set of opinions and actions – what could be easier?

Understanding the utility of the characters

Sherlock Holmes has enduring appeal because his character is infinitely customizable. It’s the beauty of having a protagonist who is a genius. He can be placed in any and every situation and conceivably discover a way out.Nothing need be ‘deus ex machina’ when he is on the case, because he is the ‘deus’, a man with potentially limitless powers. This is extremely freeing for writers.

Not only so, but he can be counted on to reside above public opinion – he’s a genius after all. In this Doyle created the perfect ‘mouthpiece’ – Sherlock can observe and comment on any manner of things without becoming out of character. Combined with Watson, their opposing views can successfully dissect every situation. To put it bluntly, Sherlock Holmes is a great candidate for propaganda.

The contradictions of Sherlock Holmes

On another note, Sherlock Holmes himself is full of contradictions. Over the series of the 56 short stories and 4 novels which make up Doyle’s cannon, he says and does a wide variety of things.

He derides emotion, and chokes up when Watson is injured. He preaches evolution and then mulls over the meaning for the creation of a rose. He lies in bed for days on end and then wins a bout of fisticuffs. He is ingeniously untidy and unscrupulously neat. He hates women, yet is captivated by one and respects several.

All the while, he is a uniform predictable character. We all “know” how Sherlock Holmes will respond, he is a real character in this sense – and yet, if asked to describe him, our observations become contradictory. This is Doyle’s genius, not Holmes’.

These contradictions allow him to be re-created for every age and every society. He fights for the Allies in one representation, and for the Axis powers in another. He is English, Russian, American, he is a child and he is an old man on the verge of retirement – and yet, he is still Sherlock Holmes.

The genius of Doctor John Watson

There is a genius in Watson too. It is of a different kind, perhaps, to Holmes’ brilliant, larger-than-life figure. If Sherlock Holmes allows us all to indulge a bit in our dramatic side, then Watson allows us to participate in our more realistic dreams.

We love Watson, because he is us. After all, very few of us are great. And we are all too aware that we probably won’t live a life of genius and popularity. We can’t be Holmes.

Yet there is always a chance that we might save someone, as Watson saved Holmes. Very few of us will do that either; not many people invest their lives in someone else to such extent. Not many of us burden ourselves with the task of representing someone else to the world. We are too busy with our own lives for that.

Nevertheless each Sherlock Holmes story reminds us that perhaps we could. We can be Watson. Sherlock’s greatness is unachievable, but the nobleness of John Watson is much more accessible. Sherlock Holmes might entertain us, but Watson inspires us.

And so we all own Sherlock

The characters of Holmes and Watson lend an ease to this appropriation. Between them they embody almost every aspect of humanity, negating the need for a large host of characters. The theme of friendship remains centre stage throughout the cannon, and makes their stories relatable on a universal level: we all experience friendship. It also means their stories will never reach a climax (and hence conclusion), friendship is a topic which can be explored indefinitely.

Watson, meanwhile, has continued to remind us that we can be part of their adventures. We cannot be Sherlock, but we can be Watson, and this keeps Doyle’s stories accessible on an emotional level in every era.

This is the enduring appeal of Sherlock Holmes. 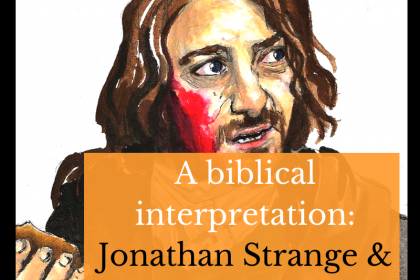 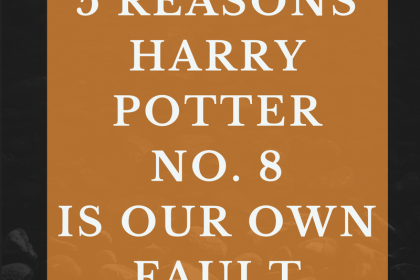 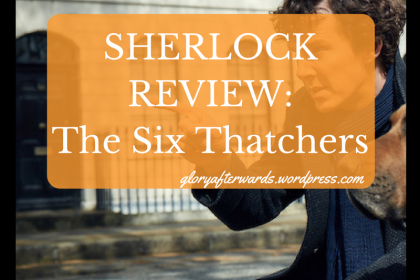 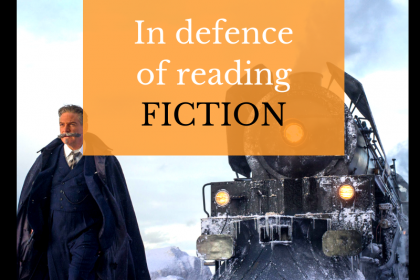