Hamilton! – Does your legacy matter?

[Note: My monthly ‘life’ post is due… and it will come, but enjoy this in the meantime!]

I recently (along with many others in Australia!) watched Hamilton: An American Musical when it became available online. I had heard some of the music before, but didn’t know who Alexander Hamilton was, except that he was an American and lived during the revolution. I have to admit I expected an inspirational, rags-to-riches, American Dream™ story.

Instead I was introduced to a rather selfish, ambitious, and at times un-likeable man and his idealistic, patient wife Eliza. Alexander does Great Things, but when his life is snatched from him too early, it is his wife who ends up fulfilling his dreams. And you know what? It was just what I needed. Because I want to be an Eliza, but I know I am too often an Alexander.

Hamilton! – Does your legacy matter?

Alexander, when asked about himself, replies, ‘Unimportant. There are a million things I haven’t done.’ He is a ‘man who will never be satisfied,’ because he won’t ‘throw away [his] shot at life.’ He ‘writes like he is running out of time, writes day and night… fights everyday like he’s running out of time.’

And he has good reason to! After all, he has to answer the question:

‘How does a bastard, orphan, son of a whore and a Scotsman, dropped in the middle of a forgotten spot in the Caribbean by Providence, impoverished in squalor, grow up to be a hero and a scholar?’

‘Hamilton’s pace is relentless. He wastes no time.

What is it like in his shoes? Hamilton doesn’t hesitate.

A wife who is satisfied

But just compare this to his wife, who sings:

‘Look at where you are,

Look at where you started.

The fact that you’re alive is a miracle

Just stay alive, that would be enough…’

[That Would Be Enough]

Or compare this to Aaron Burr, Alexander’s foil and rival, who sings:

‘And if there’s a reason I’m still alive,

When everyone who loves me has died,

I’m willing to wait for it…

I’m not falling behind or running late.’

Indeed, it’s not until Alexander has an affair and almost loses his wife, only to have his son killed in a duel, that his ‘non-stop’ attitude to life mellows. This is recorded in the heart-wrenching song, ‘It’s Quiet Uptown’:

‘I never liked the quiet before.

I take the children to church on Sunday

And I pray – that never used to happen before…

I know I don’t deserve you, Eliza

But hear me out – that would be enough…’

An audience left with questions

Sometimes, as in this musical, it’s ‘living through the unimaginable’ which changes us and reveals to us the true riches of life. Sometimes, (and this hopefully applies to all of us here) we can learn those same lessons through second-hand tragedy.

The question is, will we? Will we let ourselves be touched by a ‘grace that is too powerful to name’ before it’s too late?

How might Alexander Hamilton’s life have been different if he trusted others to fulfill some of his ‘legacy,’ as actually happens in the end?

‘I ask myself, what would you do if you had more time.

The Lord, in his kindness,

He gives me what you always wanted:

He gives me more time.’

[Who Lives, Who Dies, Who Tells Your Story]

What is ‘enough time’? Are any of us ever satisfied by our legacy? Does our legacy matter? After all, as Washington realises, we ‘have no control [over] who lives, who dies, who tells your story.’

A world changed for the better

And yet, there’s a beauty in changing the world out of love for others. We see this in Alexander for perhaps the first time, when he sings to his new-born son:

‘I swear that I’ll be around for you.

I’ll do whatever it takes,

I’ll make the world safe and sound for you.’

When we pursue achievements, do we do so to prove ourselves, or to love others? Does it matter?

Hamilton: an American Musical, raises so many thought-provoking questions. It’s also quite funny, and I was delighted to see Marquis de Lafayette (who was Thomas Clarkson’s friend) on stage. In order to play the role of ‘eccentric outsider’ in a cast swamped with eccentrics, he really turns up the craziness, and it’s hilarious:

‘I dream of life without a monarchy:

The unrest in France will lead to ‘onarchy!

When I fight, I make the other side panicky!’

Secondly, Angelica’s song ‘Satisfied’ and the accompanying choreography is a work of technical genius. The audience is shown a single scene from two different perspectives – Eliza’s and her sister Angelica’s, both in love with Alexander:

‘I know my sister like I know my own mind,

You will never find anyone as trusting or as kind.

If I tell her that I love him she’d be silently resigned:

Of course, keep in mind it’s a musical, not historical fact, even if it does include parts of the American Declaration set to music. For more of Alexander’s faith (a topic skirted and at times misrepresented) I found this article enlightening.

What about you? Have you seen Hamilton!: An American Musical? What did you think? 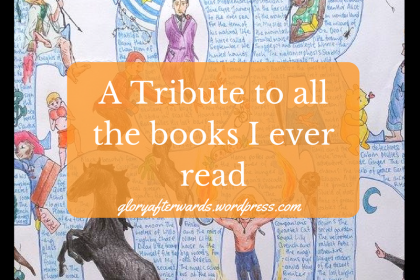 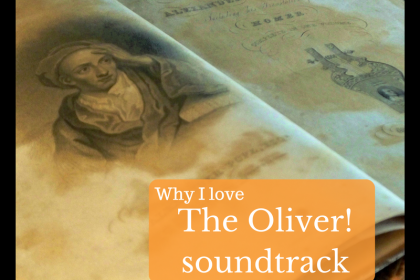 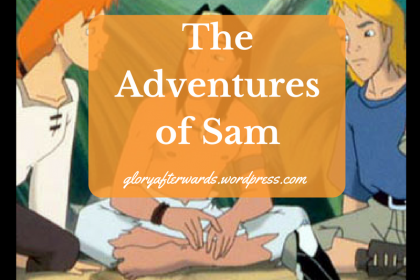