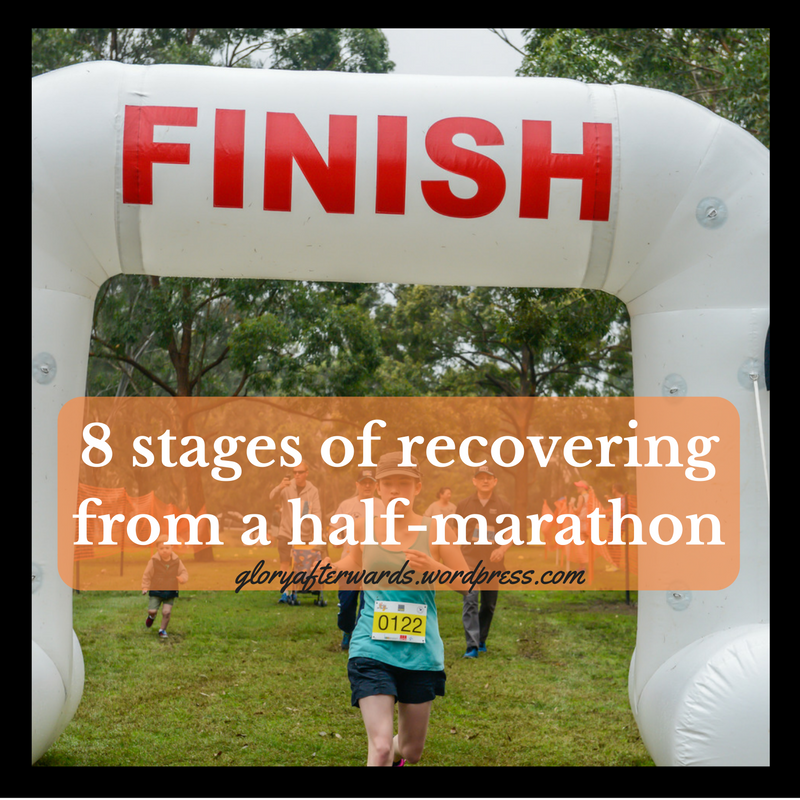 One moment you’re running and the next… you’re walking around frantically trying to ‘cool down’, holding a piece of watermelon and wishing your stomach would settle down enough for you to enjoy it.

You move mechanically. Cool down, dry off, force a cherry ripe down your throat (it came in your ‘after race gift bag’), talk to random people, watch the awards, drive home, shower, stretch, sit down to eat. And…

Up until this point you were moving on auto-pilot. But now (clean, dry & wearing comfortable clothes) you sit down to eat and… don’t feel like it.

Whhaat? This is meant to be the best part! The post-race celebrations where you can eat whatever you want, whenever you want, for as long as you want.

But for some reason your appetite has vanished along with the kilometres, and when you do start to eat, nothing seems to taste that nice. Perhaps it’s the lactic acid churning over your tastebuds, or a sort of numbness as the adrenaline rush creeps away.

Whatever it is, it’s disappointing. And while you’re on the topic – isn’t finishing a half marathon meant to feel better than this? Shouldn’t you be euphoric? All those months of training, and it’s over, and it doesn’t feel like Christmas-Easter-Birthday all rolled into one? What’s gone wrong?

Several hours later a slow sense of achievement begins to trickle over you. You ran 21.1km! You did it. And you know what? You don’t have to get up early to run if you don’t want to. You don’t have to do anything ever again if you don’t want to. Because you did it. You start to pat your own shoulder congratulatory-ily when no one is watching. You smile when people ask how your race was, but don’t feel the need to share every minute of the run.

You did it, and that is enough.

You feel as satisfied as the proverbial cat that ate the budgie. Mmm, mmm. Having run, and knowing you have run, tastes good.

At the same time a sort of tiredness begins to set in. You did it – and now it’s time for bed. Lots of bed. All the bed. Mmmzzzzzz.

The next few days pass in a wave of tiredness. You sleep every spare minute. You buy yourself a coffee with ginger (it sounded like a good idea at the time) at work … because you need something anything, to make it through the day. Your very bones ache, and you begin to wonder if you’re getting sick.

At first you think it might be a cold – a sort of post-run release of stress resulting in sickness (does that even happen? You convince yourself it does.) But you don’t develop any further symptoms (although now you think about it, perhaps your throat does feel a bit sore… or are you just thirsty?).

You begin to think that perhaps you’re developing chronic fatigue. You begin searching frantically for something, anything to explain your overwhelming tiredness, when…

… it passes. All of a sudden you have more energy than ever before. Because, hey, you’re not bone-tired, and hey, you aren’t spending every spare minute running!

You arrive home after work and wonder if this is what normal people feel like? So light, so energetic. No sore muscles from training. And so. Much. Time.

You begin to google that university course you thought you might do one day. Not to mention all the hobbies you now have time to do. And look at that! You could do that. Or perhaps that. Origami sounds cool. Not to mention writing a novel. Look at that computer game. Pfft. Running. To think it once filled up so much of your time!

Another evening goes by and you’re about to go to bed when a thought strikes you. Wait a second. You used to enjoy the feeling of sleepiness that comes about after a run. In fact, you have entirely too much energy now. Your legs feel a bit cramped. Your bowels aren’t working as well as perhaps you would have liked. You remember the feeling of wind rushing past you, and the joys of springy legs. You remember the feeling of accomplishment after a long run, or the peacefulness of watching the world pass by as you jog on.

You actually really enjoyed running. Once upon a time.

The thought incubates in your head through the night. By the time you wake in the morning you have decided to go for a run. It’s difficult to propel yourself to leave the house at first (It’s cold. I don’t have to, I’ve finished my race. No one else is running. You know what? Perhaps running isn’t my thing after all…) but then you start to run.

And it feels amazing.

Arghhh. Where did all my running powers go?

You begin to question yourself. Were you mad back then? Fancy running for over an hour! This is madness! This is folly! You were a lunatic.

Huffing and puffing, you begin to feel vaguely alarmed. You don’t remember running being this hard. It’s only been two weeks! Has your fitness deteriorated this much already??

You make about 5 km, and then call it a day. Because you can. As you head back inside, you realise that those 5 kilometres weren’t actually that hard, in retrospect. You don’t actually feel that tired (it was only 5 kms, you are used to running a lot more, after all). In fact, you probably could have kept going. Perhaps you should have.

Everyone now thinks of you as a runner. Which is cool… except, you don’t run as much as you used to anymore. You’re still trying to figure out if you want to just run for fun, or keep training for a race. It seems a waste to let your ability to run 20km just wear away from disuse… but running takes time, and you’re not sure you want to dedicate your life to it in the long term.

Several times a week, people ask if you did (or are planning to do) this or that race. You give evasive, diplomatic answers. You’re just not sure. You are still figuring out what running will look like for you, day in and day out.

You enjoy it. But you’re not sure whether you will train for another race. 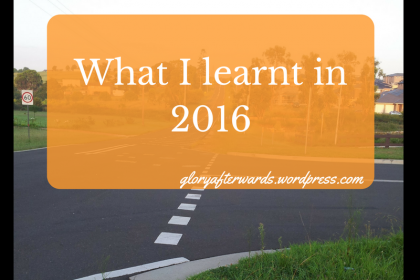 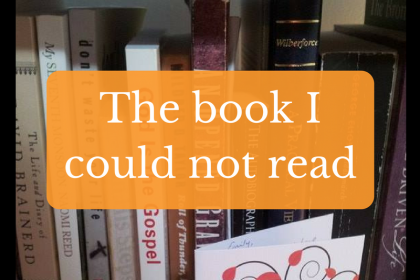 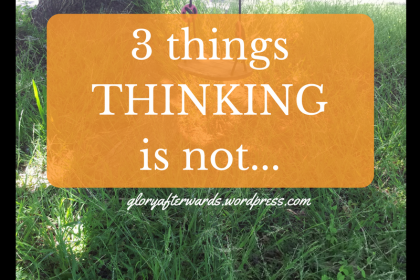 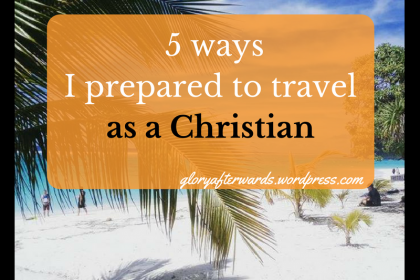 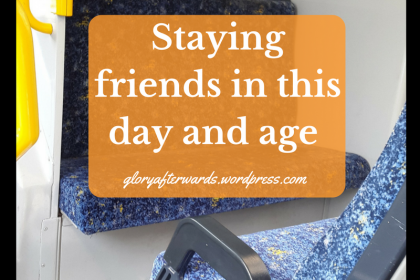